Post no longer required as engineers are currently looking into it.

In the middle of playing one of my games i'm experiencing quite a bit of a delay and sometimes my commands are not going through. The game support has said this is usually the result of packet loss or ping spikes somewhere along the line.

I've performed a Pingplotter test and attached some of the screenshots here demonstrationg the extreme latency spikes and packet loss. The packet loss appears to be on a different network provider though which can also be seen in the ping plotter test pictures.

The destinations of the pings are in the top left corner.

The latency spikes can be seen in hops 3 and 4 in the below picture which is currently 206. The longer line in the hop graph is the maximum it has been during the ping/latency test. 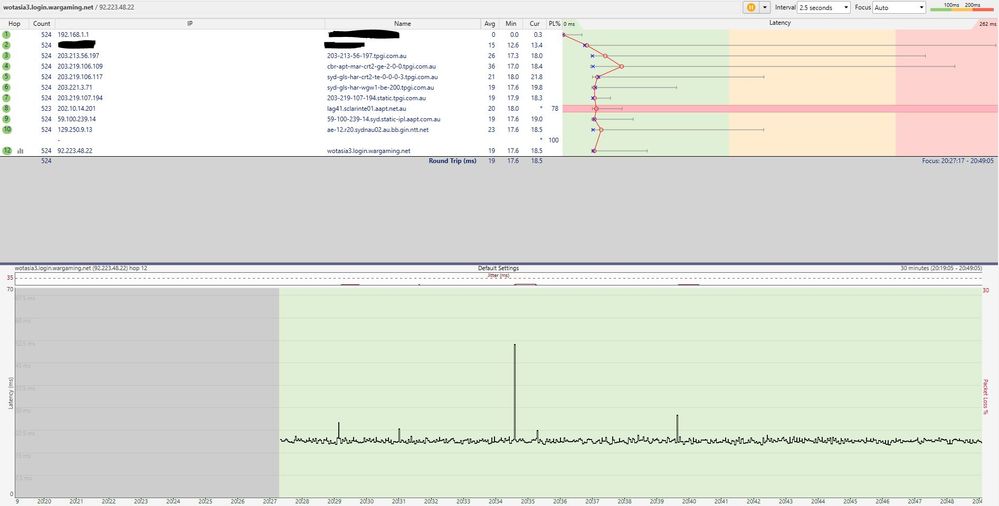 Thanks for updating this thread. In case you will have queries in the future or need follow up on the escalated fault do no hesitate to add details on this thread.