We take feedback seriously and are always looking to improve our business.

Are you still experiencing issues with your TPG email?

Please send me a PM with your TPG username or customer ID number for us to look into it further.

IMPROVE!!!! Dont think you can get any worse. After being a 20+ year cusotmer I will not be switching over to TPG NBN.

Your customer service over this issue has been appalling.

Hey Folks, if your day has come to a halt, maybe during the break head down to your local TPG state office and pop-in to say "Hi" and ask for an explanation and "Show and Tell" on their management of your data...... 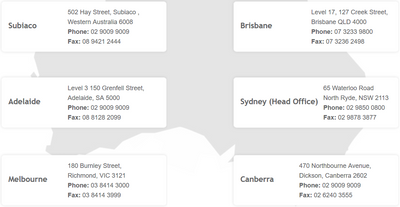 Can TPG users expect some sort of compensation or even a direct apology regarding the outage? Many of us could not even call TPG regarding this due to the volume of calls to the TPG support number. I was only aware the issue was resolved when I starting getting the 3 days worth of email I had been missing.

It's bad enough we had to wait 2-3 days for a fix but to then not even get a thank you for your patience or some sort of notification. I have been a TPG customer here and in the ACT since the dial up days but I will be moving to an alternate NBN provider once it is available in my area. Currently changing all my items regeistered via TPG email to a Gmail address. Can I assume we get what we pay for and since TPG are one of the cheapest that is also the service we get?

Has TPG ever heard of the phrase "Customer Service" ?

On Thursday morning when I started having problems, I was getting a message about my userid/password - so I reset it (3 times)

At this stage, TPG knew they had an error

- Did they put a message on the sign on screen alerting customers to an issue? NO

- Did they put a message on the password reset screen alerting cutomers to the issue? NO

- As part of the reset process, they send me a text message - did they put an alert within the text message? NO

- I spoke to a message bot about the problems I was having, after 10 minutes, it wrote that they knew about an issue signing on - did they let me know straight away ? NO

- They told me to check the status page - Did they keep it updated? NO

(On Friday morning, it was actually saying that the issue had been resolved

- They clearly have other ways to contact customers (text messages), but did they use it? NO

- Once the problem was resolved, did they let customers know? NO

- Have they provided an explanation? NO

- Have they accepted responsiblity? NO

- Have they issued an appology? NO

- Did they flood radio with commercials saying how great they are - YES - did they mention their ongoing issues? NO

- Will there be some kind of compensation - I am guessing NO

- I tried to post to the forum on Friday - but guess what - I could not post unless they could confirm my email - Did they have a work around? - NO

- Will loyal customers be swapping to their NBN service? NO

They have a history of treating customers like sh1t - last year, they announced they were implementing their own phone network and asked if anbody wanted to sign up for trials - I signed up - and they were never heard from again. !

Am I expecting a response to this post - NO

Who are you switching to?

I have been told Aussie Brodband are the go?

Thank you - I already use Digital Pacific for hosting - cannot fault them at all.

I will further investigate ISP provider. One thing I know for sure - TPG is not on the NBN list

I was still having problems on Sunday and didn't get any reply to my private message to TPG...

It seems that it you are overseas and trying to access your email remotely you may have problems logging in.

Try switching your location to Australia.