Weve been TPG ADSL user for many years, and so far, we have had no major problems.

Just switched to NBN last week, and since day 1, we are getting slow connection speed, significant fluctuation in speed and dropouts from around 9pm EVERY SINGLE NIGHT.

I get so frustrated with this and this is affecting my late night work and study.

Spoke to TPG support, the first guy told me he saw some evidence of dropouts after 11 more than 9pm.

I was asked to call TPG next time this happened, so I rang at 11pm the following day, he asked me to run speed test - 3 consecutive isolated tests were normal. He then accused I had too many devices connected which was the cause. We always have the same number of devices connected every night for the past few years. He completely denied any issue with the line integrity or stability of their service.

Tonight, I decided to run these tests more frequently, and I had different measurements ranging from 8, 20, and 45. I simply wasted the entire evening/night tonight doing this. I cannot be doing this every night.

When there is a problem, there IS a problem. TPG support obviously do not wish to help. I am considering to contact ACCC and fair trading regarding this. Anyone else having similar issue? 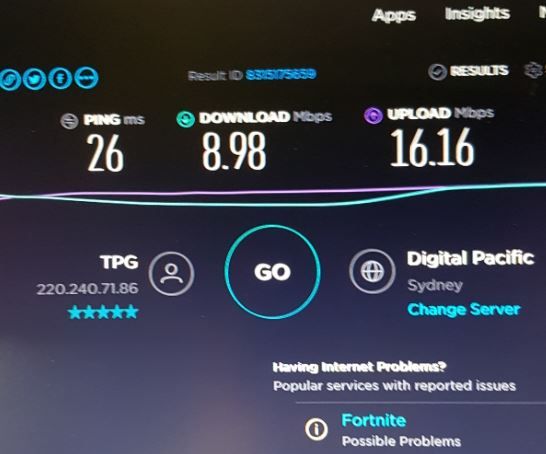 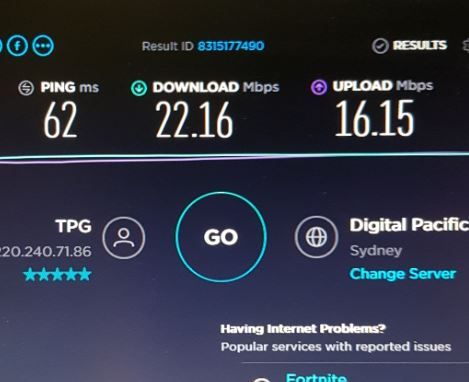 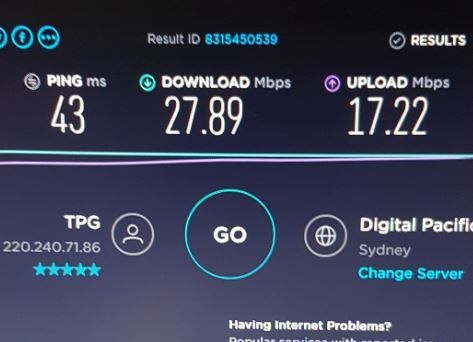 Further to those, this is constantly getting worse now that its around midnight.

We tried to search for your account using your community details to no avail.

Are you using a Wireless connection or a Wired connection when you run the test?

You may also check our article that will help you troubleshoot the slow speed issue.

If issue still persists, please shoot me a private message with your TPG username or customer ID number.